Part 2: Focusing with the Larger System

“Your physically felt body is… part of a gigantic system of here and other places, now and other times, you and other people – in fact, the whole universe. This sense of being bodily alive in a vast system is [your] body as is felt from the inside.”  Eugene Gendlin

In Part 1 of the Interaction First series, we will explore the unique movements of human consciousness.

Together we will explore intricate connections between the focusing process and a new prayer model developed in Shakio Institute. In crossing between the two, something new emerges on the edge of consciousness...

Through conversations, guided practices, focusing partnerships, and readings in ancient texts and Gendlin's writing, we will take delicate steps into the depths.

Some of the questions, topics and practices we will unfold: 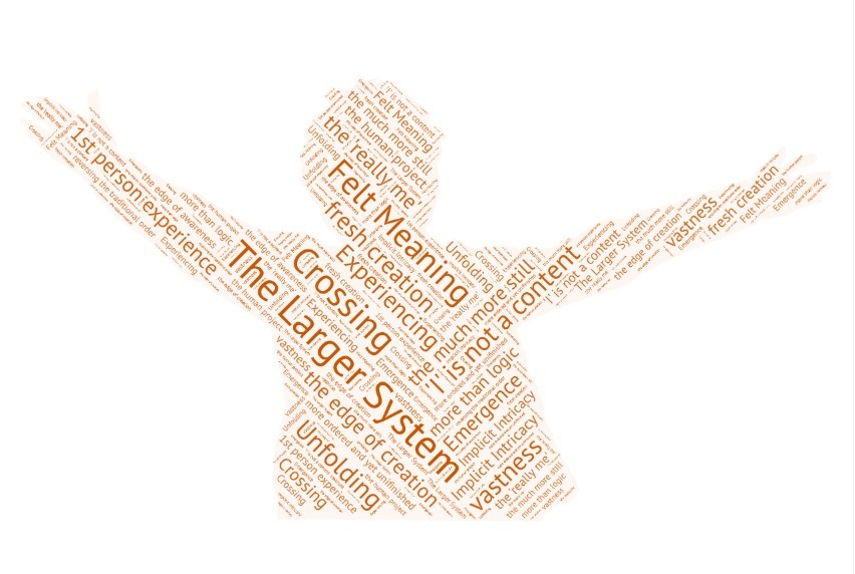